PS5 Firmware 21.02-04: All the New Features and Hidden Changes You Might Have Missed – Push Square

What are all the new features in the PS5 firmware update? The PlayStation 5 has had one or two firmware updates since its launch last November, but today’s is by far the largest to date. PS5 firmware update 21.02-04 is available to download right now, bringing some major improvements, changes, and brand new features to the console. While some of the updates will be pretty obvious, there’s a lot of stuff in here that could go unnoticed. Fortunately, we’ve scoured PS5’s system software so you don’t have to, and we’ve compiled everything we’ve found in a handy list. Without further ado, let’s go through all the big (and small) changes to PS5’s firmware with update 21.02-04.

PS5 Firmware 21.02-04: All the New Features and Hidden Changes You Might Have Missed

Below is a list of every new feature and update we’ve found in the latest PS5 firmware so far. Starting with the big, major changes, we’ll go through everything you need to know about the new system software, including things that are flying under the radar.

Finally, you’re now able to increase PS5’s rather piddly internal SSD storage space. The built-in SSD has a capacity of 825GB, which will fill up pretty fast these days. Fortunately, provided you purchase a compatible M.2 SSD, you can install it in your console and dramatically increase storage for your PS5 games. For a much more in-depth look on how to do this, see our guide: PS5 SSD: How to Install a Compatible M.2 NVMe SSD and Expand Your Storage. 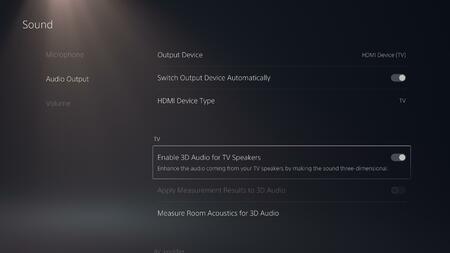 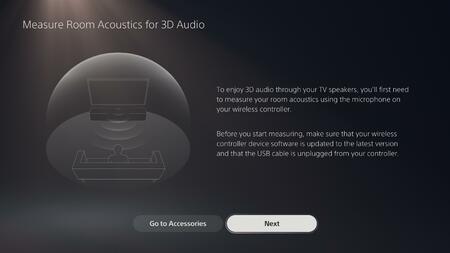 Another major update concerns 3D audio. Up to now, Sony’s Tempest 3D audio engine has only been put to use via compatible headphones (which is to say, most headphones). However, with this firmware update, the PS5 will be able to employ the technique via your TV’s built-in speakers.

It’s off by default, so head into your PS5’s Sound settings, go to Audio Output, and then toggle on Enable 3D Audio for TV Speakers. Next, scroll down to Measure Room Acoustics for 3D Audio and select it. After following the on-screen instructions, you’ll be able to enjoy some spatial audio straight from your television.

Press the PS button and you’ll see the Control Center. This useful pop-up menu gives you shortcuts to all kinds of things, and you can pick and choose which options appear by pressing Options while the menu is up. With the new firmware, you can customise the Control Center even more, rearranging the options as you see fit.

Improvements to Game Base

In the Control Center, brought up by pressing the PS button, one of the options is Game Base, which is where your Friends list and Parties live. With this new update, you’ll be able to view Party messages and compose new ones right from Game Base, instead of having to navigate through to the Party itself first. This should be a big time saver. 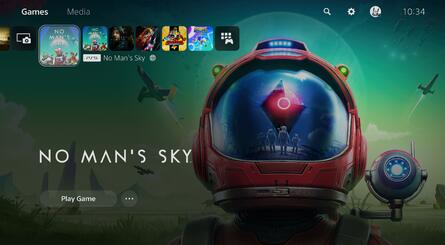 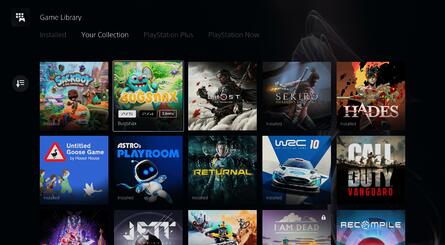 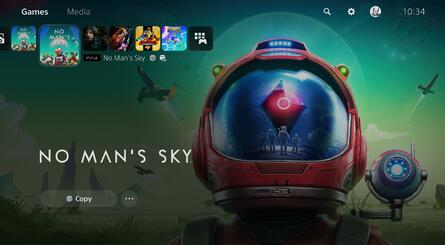 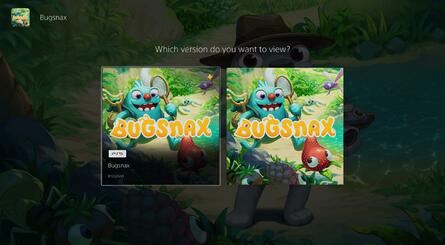 A new feature with this update is the Trophy Tracker. You can now pin up to five Trophies per game via the Control Center, giving you much faster access to Trophies you’re trying to unlock. Neat!

Huzzah! This new update brings back vertical Trophy lists. Instead of scrolling from left to right to view Trophies like a row of cards, the list is now displayed from top to bottom, giving you more information and a better view overall. Much better.

PlayStation Now subscribers will now be able to choose between 720p or 1080p resolution when streaming a game from the service. Also, a streaming connection test has been implemented, helping you get the most out of your broadband and PS Now.

PS Now Will Make It Clearer When Games Will Be Removed

Directly from the PS Now app on PS5, a game’s hub page will now tell you if and when the game will be leaving the service.

Accolades are little emblems players can award each other for their achievements and good conduct while playing online. A new Accolade, Leader, is being added with this firmware update

Your PS5 Will Automatically Save Video Clips of Your Best Moments

If you set a new personal best in a time trial or challenge of some sort, your PS5 will recognise this and save the video clip, allowing you to share it with your buddies. This can be switched off in the Captures and Broadcasts settings menu.

Before this firmware update, if you’re sat on the main menu and have a game highlighted, a Trophy progress box appears in the bottom right corner. It would tell you your overall percentage of completion, as well as how many Trophies you’d earned so far. This has now changed slightly; this box now shows you that information, plus shows you the breakdown of Gold, Silver, and Bronze Trophies you’ve unlocked. It’s a small change, but a useful one for Trophy hunters.

There Are New Fonts You Can Add to Screenshots

When you take a screenshot on PS5, you can choose to embellish it with text before you share it. With this update, more fonts have been added so you can further jazz up your captures.

There are some small updates to recording video clips on PS5. When you’re manually recording video on your console, the elapsed time counter will now disappear after a few seconds and reappear “when needed”. Also, there are now more video lengths to choose from when you want to save recent gameplay footage.

You Can Now Watch Videos Directly from Notifications

When you receive a notification from someone who’s shared a video clip, press the PS button and you can watch the video directly from the notification rather than having to navigate through to the Party.

If you don’t want notifications to make any noise, you can now disable the little chime that plays whenever you get a pop-up. Go to Settings > Notifications and toggle off Play Sound for a more peaceful existence.

In Settings > Sound > Audio Output, you can select Adjust 3D Audio Profile. This has always been included, and lets you raise or lower the sound sample to best suit your hearing. Now, you can isolate the sound coming from the left or right and adjust the height on each side separately.

If you own a Pulse 3D Wireless Headset, you now have access to an audio EQ feature. From the Control Center, select Sound and you can choose from different presets and adjust sliders to further customise the soundscape.

You Can Now Disable the Screenshot Pop-Up

When you take a snapshot with the Create button, a pop-up notification will appear shortly after in the top-right corner of the screen. In Settings > Captures and Broadcasts > Captures > Shortcuts for Create Button, you can now turn off this notification, meaning it won’t accidentally appear in other shots. Phew!

Further Control Over Party Audio in Broadcasts and Videos

You can now choose to include/exclude your own microphone’s audio and party audio in your broadcasts and video clips with separate controls.

With the new PS5 firmware update comes a software update for the DualSense controllers themselves. Your PS5 should inform you of this when you turn on a DualSense controller, and will prompt you to plug it in and install the update. You can also now go to Settings > Accessories > Controllers and select Wireless Controller Device Software to check for updates. (At the time of publication, DualSense software version 0282 is the latest update.)

Smartphones and Tablets Can Now Use Remote Play with Mobile Data

If you make use of the PS Remote Play app on your Apple or Android device, you may be pleased to know that this newest update enables the use of Remote Play with mobile data. You’ll be able to access your PS5 via either your mobile data or the usual Wi-Fi.

Screen Share Can Now Be Viewed on Smartphones and Tablets

On PS5, Screen Share is a feature with which you can, well, share your screen with a friend so they can watch your gameplay. With this firmware update, you can view Screen Share on your Apple or Android smart device, if you don’t need the TV or you want to watch in another room.

With the new firmware, there are a couple of improvements to parental controls. When a child requests to play a game, or use communication features in a game, the parent will receive a notification on the PS5 console as well as the PlayStation App on their smart device. Additionally, the child will receive a notification to let them know when their parent accepts or denies a request, or disallows the child from playing a game or using social features.

We’ll keep updating this guide as and when we discover more new changes and features in the latest PS5 firmware. What are your favourite additions and improvements? Vote in the poll, and tell us your thoughts in the comments section below.