Twitch users RekItRaven, LuciaEverblack and ShineyPen started the campaign #ADayOffTwitch, imploring users to go dark on Wednesday and asking viewers to support streamers in other ways, such as tipping through PayPal or Patreon.
The three users have modest followings — at over 4,400 followers, RekItRaven has the most — but their hashtag inspired countless other streamers, including those with more than 1 million fans, to take the day off, too. One preliminary report from Twitch journalist Zach Bussey showed at one point Wednesday that 5,000 fewer users were streaming and 500,000 fewer viewers were watching than at the same time just one week earlier.

Now, the organizers are hoping that Twitch heeds their demands and enacts new policies to protect them.

In a statement to CNN, a Twitch spokesperson said the platform supports “streamers’ rights to express themselves and bring attention to important issues across our service.”

“No one should have to experience malicious and hateful attacks based on who they are or what they stand for, and we are working hard on improved channel-level ban evasion detection and additional account improvements to help make Twitch a safer place for creators,” the statement read.

Repeated racist incidents led users to launch the day off

Twitch is a venue for streamers, typically gamers, to interact with users in real time, often while playing a video game. Its users include the e-sports titan Ninja, T-Pain and Rep. Alexandria Ocasio-Cortez.

But users like Raven, who asked CNN not to use her full name out of concern for her safety, said streamers of color and LGBTQ streamers are often bombarded with hateful comments. Raven, who is Black and uses the pronouns they and she, has shared videos from streams in which dozens of identical messages suddenly appear in a live chat, all containing racist slurs — a phenomenon known on Twitch as a “hate raid.” They told CNN the events have only escalated since they started to tweet those videos with the hashtag #TwitchDoBetter.

While racism on the platform has always been a problem, Raven said, “the scale of abuse has escalated to the point where marginalized people are EXPECTING to be hate raided.” 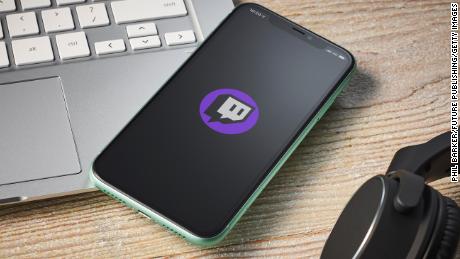 The user ShineyPen, who works with Raven on the Underworld charity streaming team, suggested to Raven that the two pursue a “blackout,” or a day where they both avoided streaming from their channels. LuciaEverblack, a transgender streamer, joined them. Raven said the trio had been planning to take the day off later than September 1 but sped up the process after users began “doxxing” streamers, sharing their personal information online.

So they debuted their campaign, #ADayOffTwitch, on Twitter, where it quickly spread. Major Twitch users like leftist commentator HasanAbi, who has more than 1.5 million followers and is facing his own controversy after buying a nearly $3 million house, took the day off from streaming, too. Others who had contractual obligations to stream did not take the day off, but echoed their support with messages of solidarity.

Omega Jones, who streams as CriticalBard and is a member of the LGBTQ-focused Rainbow Arcade Stream Team, didn’t stream Wednesday in support of #ADayOffTwitch. Jones, who uses the pronouns they and he, said they’ve been targeted by multiple hate raids and “follow bots,” or a deluge of users (who may be fake accounts or bots) who followed Jones at once, all with Nazi symbols as their photos. 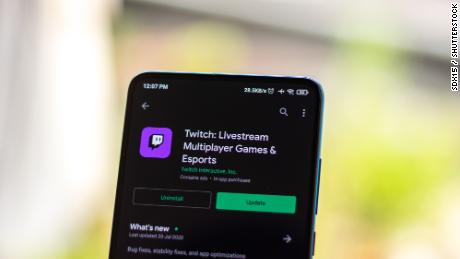 In January, Jones was chosen as the platform’s “Pogchamp of the Day” — that is, a temporary icon for Twitch in which a person (or reptile) is captured in an open-mouthed expression of surprise or joy. When his photo was unveiled, though, he was overwhelmed by racist comments and death threads, he said, and outlets like The Verge and Screen Rant reported on how he was treated.

“To be honest, it was becoming overwhelming,” said Jones, who has more than 16,000 followers on the platform, in an email to CNN. “As one of the affected, it should not be on MY shoulders to have to leave the site for a day, but that is what it has become.”

Jones, whose Twitch channel is a primary source of income, said the one-day break from Twitch is just the first in a series of steps users should take to demand change.

“For this movement to be a complete success, one day of abstaining from Twitch will not be enough,” Jones said. “We need constant support, constant eyes on Twitch’s Safety team, and we need to continue to speak out.”

A Twitch spokesperson directed CNN to comments the platform made in August, when Twitch said it would launch “channel-level ban evasion detection and account verification improvements” later in the year to combat bots, though it later said hate raids “are the result of highly motivated bad actors, and do not have a simple fix.” It also urged users to report “egregious attacks” and said its safety team does its best to remove bots when they’re spotted.
“This is not the community we want on Twitch, and we want you to know we are working hard to make Twitch a safer place for creators,” Twitch tweeted last month.

How Twitch can improve, according to the streamers

One way to end hate raids, Raven said, is to “give the creators control of their spaces.” To Raven and her fellow #ADayOffTwitch organizers, that means allowing creators to decide who can enter their chats based on how old their accounts are (many of the accounts who make racist comments are less than a day old, she said).

Jones said the platform must end “mass account creation,” since one user can attach their email address to more than one account and create countless more with different email addresses.

Raven and Jones said neither of them are ready to leave Twitch yet. Both are hopeful the platform’s safety team will take major steps to protect them and other creators from marginalized groups.

“My identity markers aren’t Twitch exclusive,” Raven said. “I am Black and queer 24/7/365 and that’s gonna follow me wherever I go. I don’t want to leave. The grass isn’t always greener on the other side, it’s greener where you water it.”

Raven said they’ve been in contact with Twitch since the platform caught wind of her videos of racist comments from viewers. They can’t say much about their conversations but said the people they spoke with are “actively working as quickly as possible to make it harder for these things to occur.”

Jones said he hasn’t heard from Twitch regarding his own racist treatment on the platform, so he’d like some more transparency from its safety team on the steps they plan to take to improve streamers’ experiences. And in the meantime, he’ll continue to speak out against the racism he and his fellow Black and queer streamers face daily on the platform.

“I do love this place and the community I have built,” Jones said. “I will protect my peace, but I will also fight to make Twitch be what it should be.”

Prev post Theres no way to upgrade Horizon Forbidden West from PS4 to PS5 - Engadget
Next post Samsung Galaxy Z Fold 3 durability: Can the phone stand up to 16 hours of S Pen use? - CNET